HAPPY THANKSGIVING, MY FRIENDS! And speaking of things to be grateful for…

This September, after a very nerve-wracking meeting at the Préfecture (police headquarters), I was told that I would be granted a resident card – a visa to stay and work in France, renewable only every 10 years. What a relief! Last week, I was able to pick up that oh-so-important piece of plastic. 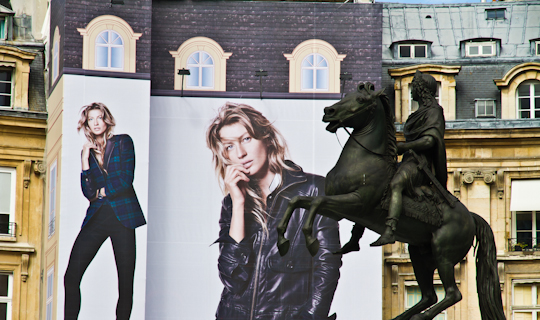 After five years living in France and five Avis d’Impôts (tax returns), you are eligible to apply for a 10-year visa (carte de séjour de 10 ans or titre de séjour de 10 ans). But it is discretionary. And over the years, apparently, they have become stricter and stricter in handing them out. Not having any family ties to France, my fate was pretty much dependant on my income making me a financial plus and not a drag on the French economy.

Not wanting to take any chances, I worked with an immigration lawyer to assemble the necessary documents and schedule a meeting at the Préfecture. The idea is that you bring all the documents with you to your meeting, your officer reviews them all and asks follow-up questions while you look on, he or she consults with his supervisor while you pace the waiting room, then calls you back to announce whether you can stay or you must go. (That’s not quite true – I imagine they have the authority to grant another 1-year extension of your visa and not the 10-year visa should they think this most appropriate.)

According to my immigration lawyer, it was imperative that I not switch jobs, and certainly not take a pay cut, even a minimal one, before receiving the 10-year visa. It helps to show continuity and certainly a decent salary (i.e. tax liability).

For documents, I brought with me (in original and duplicate), every possible document that could feasibly show 1) my income in France and my tax payments, and 2) my integration into French society, both financially and in terms of language ability and cultural assimilation.

The exact list may differ depending on your exact situation, but below are the documents that I brought with me (and it worked!) Those documents indicated with an asterisk are those I had available so I brought them along just in case, even though my immigration lawyer did not specifically instruct me to do so:

If you have recently arrived in France but you may someday apply for a resident card or nationality, my best advice is KEEP EVERYTHING. Even the most seemingly unimportant documents could be crucially important in the eyes of the Préfecture. In particular, do not throw out any of the documents you were given when you first arrived, any pay slips or anything to do with taxes. If you are nearing your 5-year mark and are gearing up to apply for the 10-year card, it’s never too early to start getting organized!

Have you gone through the process of obtaining a 10-year resident card? Do you have additional tips to share? Please do!