Be Nice to People You Meet in Airports

Sixteen years ago, in the summer of 1997, I was headed over to Europe for a summer internship with the Academy of European Law in Fiesole, Italy, in the hills overlooking Florence. I had a grant to cover the bulk of my expenses, but the internship was unpaid and I was on a shoestring budget. 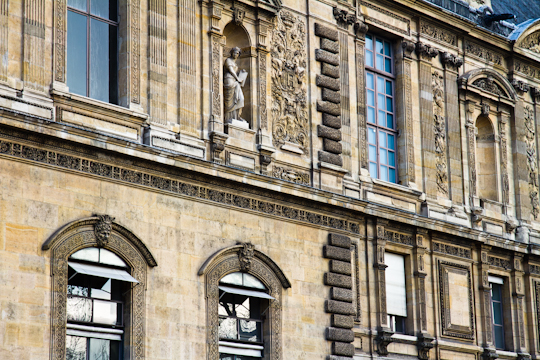 Historically, the cheapest flights from Boston to continental Europe have always been on Iceland Air, via Reykjavik. This is why I visited Iceland three times in about 12 months. Too cheap to pay for a direct flight or even a 1-stop flight into Milan or Rome and too stupid to calculate the real cost of spending a night in Reykjavik, landing in Paris, then taking the train down to Florence, I committed myself to a 60-hour journey from Boston to Florence.

Night one was in the air. The next day, I took an organized day trip to the Blue Lagoon thermal spa outside Reykjavik (I know, a budget-breaker but this excursion was a birthday gift). That evening, I took my connecting flight to Charles de Gaulle airport.

Hotels in Paris are expensive. Not in the budget. And I arrived quite late; a taxi to the city center was definitely not in the budget. I needed to be at Gare de Lyon very early the next morning. So I surmised that my best “shoestring” option was to spend the night in the airport (preferable to spending the night in the train station) and to take the first metro in the morning to the train station. Then I could sleep all day on the train to Florence.

Unfortunately, my flight got into Terminal 1 at CDG. If you are familiar with Terminal 1, you know it’s crap. It is not a Terminal you want to be stuck in for one hour let alone one night.

The Terminal was eerily deserted. I started to doze off on a bench when a janitor came by and suggested (perhaps demanded) that I head downstairs to the 24-hour cafeteria. So I went to the basement level and was relieved to see that at least 10 or 12 other people were sharing my pain. I dumped my over-stuffed backpack on the floor and claimed a rickety wooden chair and table. Just 6 more hours….

But the janitor had also come across another young American snoozing on the benches upstairs and directed him down to the cafeteria as well. I looked up as this 18-year old boy said, “Excuse me, may I sit with you?”

A thought crossed my mind that I couldn’t be bothered to make small talk this late at night in an airport terminal when all I wanted to do was sleep. But there was nowhere to sleep. And Greg explained that he was on his first-ever trip to Europe and that his brother had dumped him off at the airport the night before his flight because he couldn’t be bothered to wake up early in the morning to drive him. (Taxi fare was similarly out of the question for him.) He seemed innocuous enough and I sympathized with his plight and recognized that the night was going to pass much more quickly with some friendly conversation.

And that turned out to be very true. We had no problem thinking of things to talk about for 6 hours. In hindsight, it was probably me who did most of the talking. Greg was in awe of how much European traveling I had already done at my age and wanted to hear everything about everywhere. (My first trip to Europe was at age 14 but I added a few more in the following 5 years and spent one semester in Madrid, traveling almost every weekend and for 3 solid weeks after.)

I would stop short of saying that the time flew by, but it certainly passed much more smoothly than it would have alone. We parted ways around 6am, grateful to have had the company, but I for one did not expect to meet again. Greg was from Texas and I was from Massachusetts and we seemed to come from different worlds. Let’s be honest, people from Massachusetts deem themselves to have more in common with Parisians than with Texans.

Surprisingly, we did keep in touch for a number of years over e-mail. I think it was more Greg’s perseverance than mine; he’s just one of those people who is great at keeping in touch. But a few years (and probably an e-mail address change or two) later, we lost touch. Then Greg remembered that I was applying to law school when we last talked and with the advent of gmail and Facebook years later and knowing that you can always find lawyers, he found me again. I was intrigued to find out that Greg, despite having majored in classical piano, had gone to law school as well.

Last month, Greg heard that I was in New York. Work was bringing him to the city (from Texas) for under 24 hours, but he e-mailed me from the airport in the off-chance that I was free that evening.

I met him at his hotel restaurant. I was actually a bit nervous that I would not even recognize him, but I did. And as we jumped into conversation I felt as though we had truly been friends for 16 years and not from 16 years ago. Our lives had taken surprisingly similar paths. We are both lawyers, though both of us recently left big law firm life. And although Greg is married with two kids, he has made travel a priority since that first trip 16 years ago. To my surprise, he even gives me a good bit of credit for having inspired him to start traveling more. Although we had only known each other for about 6 hours 16 years ago, Greg and I felt like old friends and I knew with certainty that we would stay friends going forward.

Traveling can have a profound impact on a person. And especially when it’s a first overseas trip or a trying situation, those memories stick with you for a long time. It’s been my experience that when you share those experiences with someone else, you build stronger bonds faster than when you meet someone in la vie quotidienne.