Our Coat of Arms and the Legend of the White Weasel

I love the fact that Baden, my little town in southern Brittany, has its own coat of arms (in French, le blason or les armoiries). 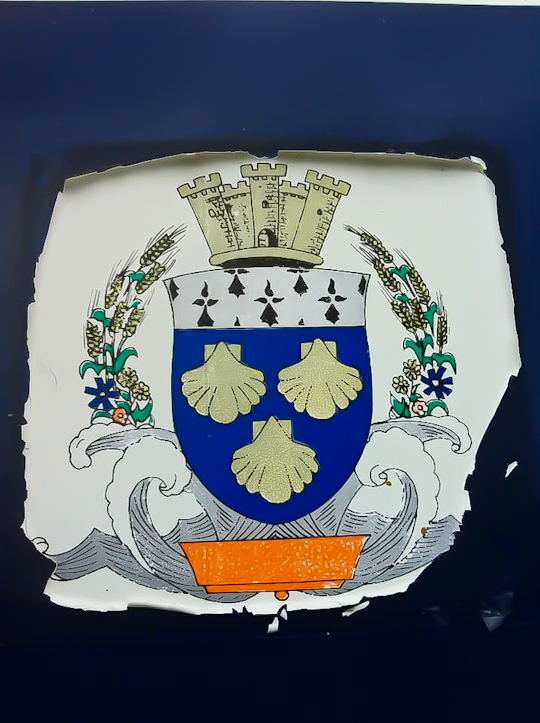 The three shells on blue clearly represent the sea, whereas the black figures on the white are the same hermines (weasels) you will find on the flag of Brittany (the Gwenn-ha-du — white-and-black — in the Breton language). The legend of the hermine dates back to the region’s favorite historical figure: Anne de Bretagne. The story goes that Duchess Anne was out riding her horse on a winter’s day when she saw a white weasel, who was being hunted for his fur. The weasel was cornered at the edge of a muddy pond and decided he would rather face death at the hand of the hunters than dirty his noble white fur. Touched by the weasel’s unwavering principles (or was it pointless vanity?), the Duchess saved the weasel from the hunters. Voilà, the symbol of Brittany was born.