October 22, 2012
How do I find out about concerts and other events in Paris, and not just at the last minute? There are wonderful resources for telling you what is going on each week, for you last minute planners out there: 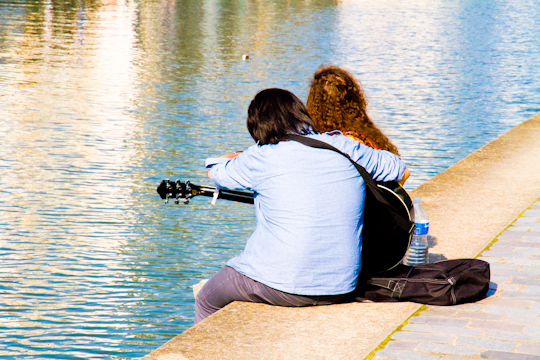 A couple in Parc de la Villette who didn’t get tickets in time and had to organize their own concert
But what about concerts, the opera and other events for which tickets sell out far in advance?  Here is where I would start:
You can also visit the websites of Paris’s venues directly. Here are some of the major ones – but there are many, many more!

Which is your favorite site for finding out about upcoming events in Paris?