One thing I’ve learned in France, I will always be perplexed by local festivals. 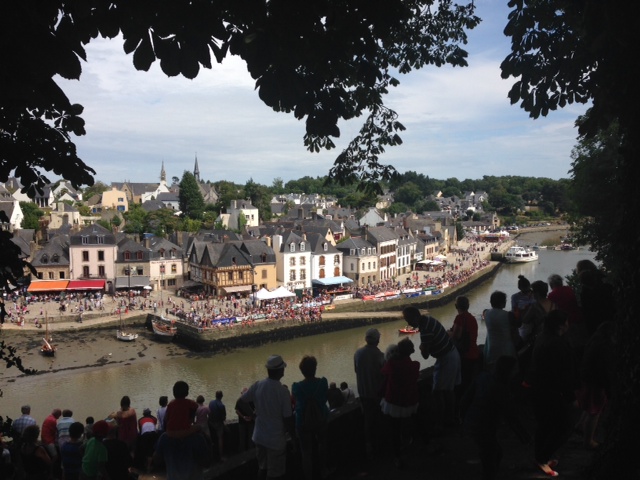 This Sunday, friends and I were strolling into Auray, in Brittany’s Morbihan department, and encountered a huge crowd of people hovering at the edge of the river. A DJ added to the festivities and a seemingly drunk announcer, punctuated by speeches from a woman who had smoked far too many cigarettes in her day and various other local officials. Then suddenly the music stopped and the bagpipes starting playing full-force. Rowers–about 8 per boat–starting picking up speed, two boats charging towards each other. Each team was dressed in a theme that varied from “Où est Waldo?” to scantily dressed Hawaiian luau to beat-up pirates. On a platform at the end of each boat stood the team’s “jouster”. As the boats drew closer, the jousters held their jousting lances in front and as soon as they could make contact, they tried to knock each other off their respective boats. Sometimes they failed, requiring a “do over”. The matches continued for a very long time, ultimately into semi-finals and finals until a team was named the winner. Confused? Watch this video I took!

Thanks to some key research by my friend Lily, I now realize that la joute nautique or nautical jousting is actually an established sport (is tradition a better word?) in France. In fact, there is a federation of nautical jousting, recognized by the French Ministry of Sport (etc.) an complete with its own anti-doping campaign. I am not certain how prevalent illegal steroid use is in this sport, but if anyone has any information on the topic, please do share–I’d be curious. To be fair, I should note that the federation covers not just nautical jousting, but also the arguably more useful craft of water rescue. 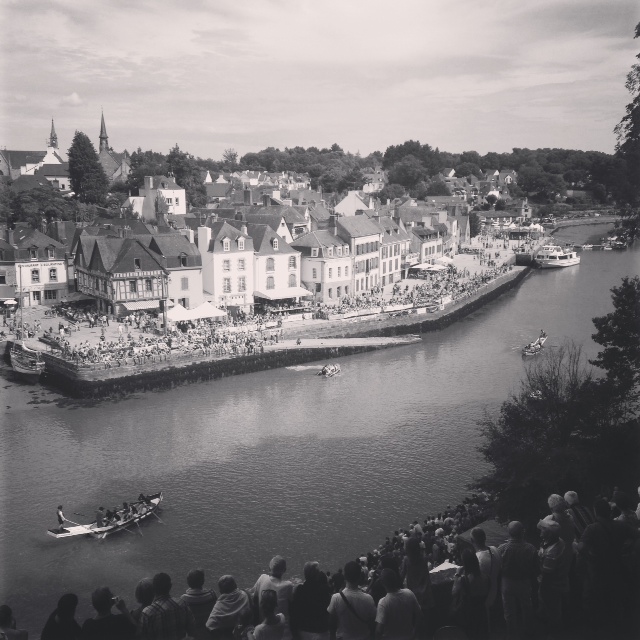 Some more internet research (thanks, Wikipedia) revealed that the sport may date back as far as  2780 to 2380 B.C. Egypt. It flourished in Greek and Roman times as well. The first documented nautical joust in France was on June 2, 1177 in Lyon.

I’m still a bit perplexed by the phenomenon of dress-up nautical jousting, but having now experienced a nautical jousting festival, I have to say, I’m a fan. Maybe I’ll sign up next year. I’m not so sure how you best train for this sport, but I’ll figure it out.

OK, I admit, we have our own bizarre local festivals in the U.S. too. My own local Fisherman’s Festival included (dead) cod fish relay races, live bait shoveling races, lobster crate races…. If there is one universal theme, it’s who doesn’t love a local festival?

Do you have a favorite local festival in France to recommend?